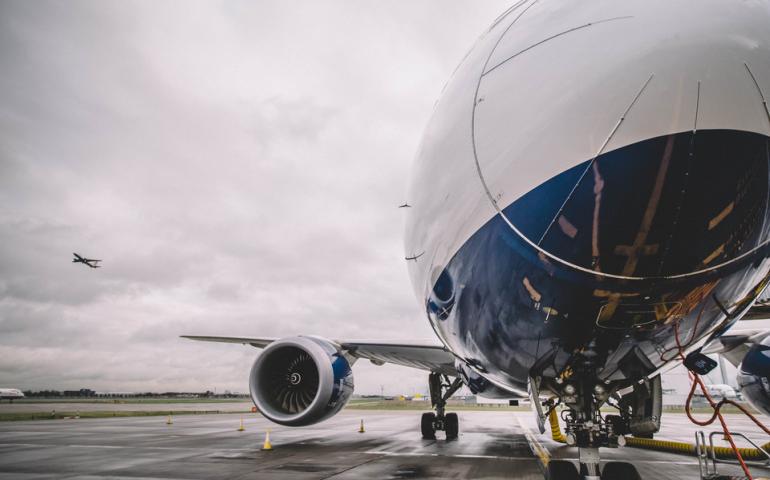 The jet fuel price ended last week up 3% at $70.0/bbl. As shown in the chart, the Brent crude oil price bottomed out the last week of April 2020 when it reached USD 21/bbl. However, from October 26, 2020 up to today the Brent price has increased by almost 75%, negatively impacting airline margins and profitability. Based on current lackluster demand and fare depressed environments, this steep increment has become a real concern making it even more difficult for airlines to stay afloat in an environment of demand uncertainty and travel restrictions including quarantine requirements imposed by governments.

Fuel represents somewhere between 22% and 38% of an airline's total expenses and is the first or second highest cost item. Therefore, it is not only essential to operate fuel-efficient aircraft but also to execute other strategies that can help to mitigate the volatility of the jet fuel price especially when we are observing a decrease in global oil inventories, cuts in production and increased consumption that have raised the Brent price. Moreover, several key production players in the oil industry have been floating the idea of even higher prices next year.

Before the pandemic, a fuel hedging strategy was used by airlines to reduce their exposure to fuel prices, especially when airlines observed or believed that prices could exceed USD 75/bbl. When prices have reached or exceeded USD 90/bbl. airlines have gone into panic mode given that profitability of the entire airline industry has largely depended on the jet fuel price.

The main objective of a fuel hedging strategy is to reduce short-term volatility in airline liquidity and profits especially as many variables impact the jet fuel price including production cuts and the availability (or not) of lower cost production options such as fracking as well as levels of global consumption and supply/demand. Typically, airlines use swaps, futures and call options to hedge their fuel needs from 6 months up to 18 months although the timeline may depend on how the airline observes (or believes) that oil prices will behave in the near future.

In the early stages of the pandemic, most airlines grounded their fleet. Consequently, airline fuel consumption was significantly lower than expected. Those airlines that had hedged their expected fuel consumption before the pandemic incurred losses associated with the cancellation of hedging instruments.

Based on current travel restrictions and uncertainty about travel demand, several airlines have decided not to execute any fuel hedging instruments to reduce the potential risk of an over coverage and future losses, especially when liquidity is a scare resource these days.

How should airlines protect themselves from jet fuel price volatility and potential spikes?

2. FUEL HEDGING - Executing a fuel hedging strategy seeking a coverage of 30% to 50% of annual fuel consumption. While this is not without risks, especially where airlines have misinterpreted the market and future oil prices, it can mitigate jet fuel price movement in the short term.

3. FUEL SURCHARGES - Implementing a fuel surcharge strategy and increasing airfares, although in the current environment of weak demand this may be counterproductive.

4. RAISE LOAD FACTORS - Compensating for increases in fuel prices with higher load factors. This has been Copa Airlines' strategy for several years but capacity control is key to properly execute this strategy.

5. FLIGHT PLANNING - Using technology, route planning software and historical data to analyze and better plan fuel efficient operations by flight segment including climbs and descents (Performance Based Navigation), optimal cruise levels including wind aloft considerations, optimized power settings (Long Range Cruise), proper use of flaps, using minimum reverse upon landing when possible, among others. Likewise, implementing a fuel conservation manual and SOP including the correct use of the APU.

6. AIRCRAFT WEIGHT – Reducing the airborne weight by reviewing the need for operational items and customer service products. Does the aircraft need a life raft if it isn’t flying over water? Does it need galleys and related accessories if onboard service is minimal or non-existent? Do you need all the water in the bathroom system? Lower weight solutions should be considered such as aircraft brake systems made of lighter composite material, latest generation and lighter seats (Recaro seats), and the use of iPads and Electronic Flight bags, among others including the Inflight Entertainment system.

7. AERODYNAMIC IMPROVEMENTS -  Improvements such as winglets and initiatives that reduce the drag of the aircraft, such as operating with fewer external logos and paint.

2021 will continue to be a challenging year for airlines, and not just because of a rise in fuel process. Demand continues to be weak and affected by slow vaccine rollout and travel restrictions. Preserving liquidity, reducing costs, rebuilding demand, and performing as many efficient restarts as possible to stay afloat continue to be key business priorities.

For now, neither LATAM Airlines and Copa Airlines, two airlines based in Latin America, have chosen not to hedge fuel but advise that they periodically review the fuel market based on its volatility. How soon might that position change, and might a jet fuel price exceeding USD 75/bbl. Be the tipping point for a change in strategy?

René Armas Maes is Commercial Vice President and associate at MIDAS Aviation, a London-based consultancy specializing in aviation. The projects he directs focus on business restructuring, strategic planning, business development and cost reduction. Likewise, René is an instructor in airline and airport management. Recently, René participated in a number of webinars on behalf of Embry-Riddle Aeronautical University, McGill University, the US analytic firm OAG and the entrepreneurship program at the University of Barcelona in Spain. You can contact René through his Linkedin page.